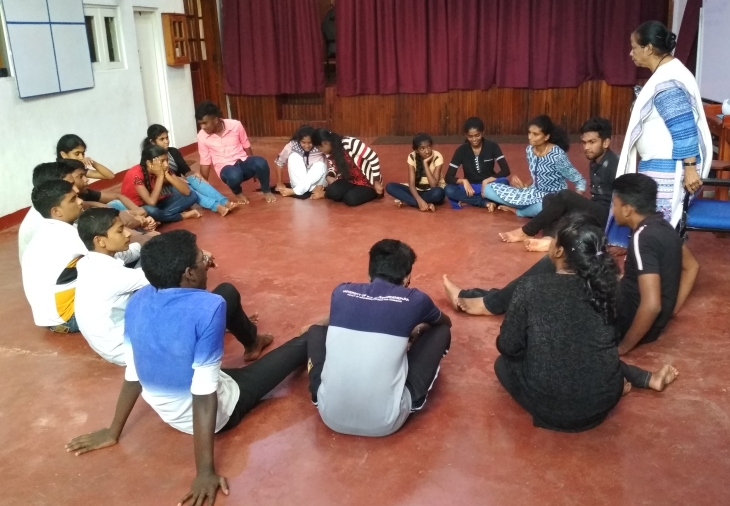 Formal inauguration of the first Global English Language (GEL) course and 9thComputer Applications Assistant course took place at Loyola Campus- Hatton on 10thOctober. Zonal Director of Education, Mr. Sridaran was the Chief Guest and Fr. Milroy SJ, the Country Director of Loyola Campus- Sri Lanka and Mr. Davakumar, the Inspector of Police, Hatton were the guests of honour. The entire program was in English except the speech by the Chief Guest and the presentation on Loyola Campus-Hatton by the Director.

The visit of Fr. Milroy SJ and Thiranjala Weerasinghe from the Country Office has brought a few useful changes at Loyola Campus- Hatton.  The Computer Application Assistant course which was conducted by the Centre for Social Concern (CSC) for the last eight batches will be a part of Loyola Campus- Hatton from the 9thbatch.

The inauguration of Global English Programme at Dickoya School, Hatton was held on 23rdOctober. The course will be conducted for the benefit of 9thstandard students.  The aim of this program is to reduce the dropout rates in the estate schools after Ordinary Level Exams. Since many fail in English, secondary education is a distant dream and blue collar jobs in Colombo become the easy solution.  Around 80 students along with their parents and the teachers participated in the inauguration. The Principal of the school welcomed the staff of Loyola Campus- Hatton. Fr. Premkumar explained the historical development of Loyola Campus through a power point presentation. On the same day the students had their placement test and they were divided into two classes. The classes at this school will be for two hours a day and three days a week.