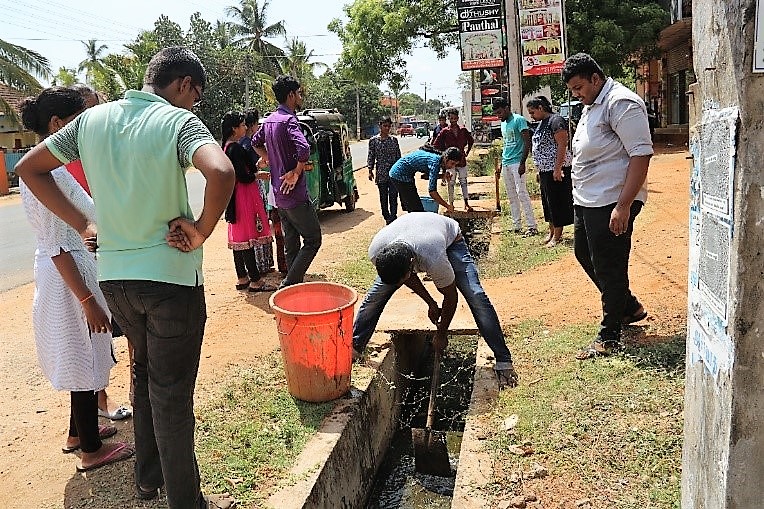 This was the final month before the course is completed for the May- August batch. The students and the facilitators worked hard towards finalizing the course content. Special sessions were taken to prepare the students to face the exams successfully. Speaking and writing skills were taught in order to sharpen those skills of the students. The attendance list was finalized and necessary measures were taken against those students who lacked 75% of attendance.

During this month, the students exhibited more seriousness in their studies and involvement in skill development. They all await the exam days to put into test, their newly acquired knowledge and skills. The request of Pooverasankulam Good Shepherd Convent for facilitators was taken into consideration. English Literature Classes were conducted for two students with a view on continuing the same course during the upcoming batch. Sinhala classes and Diploma Preparatory classes were conducted regularly. Classes held at Ganeshapuram were also conducted regularly and these students have improved a lot in their conversing abilities.

Several measures were taken to keep the campus clean against the Dengue threat. The local authorities, to make sure that the campus is a safe zone for the students and the children, regularly inspected the campus. The students actively participated in cleaning the drainage system in the area in the view of preventing Dengue breeding places. That was an eye opening for the surrounding neighbours. Some neighbours joined the efforts after seeing the exemplary actions of the students.

Rev Fr Benny SJ gave a talk on Ignatian Pedagogy to the students on 31st July. They were given awareness about the methods of studies from the Ignatian perspective. Rev Fr Milroy further elaborated the topic in his guest speech at the inaugural session of the synergy forum “IDEA”. Though the topic was advanced, Fr Milroy took efforts to make it adaptable to the context.